'This absolutely charming estate is a real model for the entire territory. Founded in the 1970s om the eve of the Bolgheri phenomenon when the zone was still a diamond in the rough, it was acquired several years ago by the Tipa brothers. They have kept it much as it was, and if anything they have enhanced the appeal and definition of the wines' elegant style. The bottles express the characteristics of their terroir of origin and are obtained from vines planted among the woods at an altitude of 100 metres in terrains that vary from sandy soil in the low zones to marly limestone higher up.' Gambero Rosso 2014

'Grattamacco is a historic estate, one of the best-known and most greatly admired wineries in Bolgheri, founded in the Seventies, the pioneer age for winegrowing in this particular zone. Time has shown that the vision was justified, given the fame earned by the winery recently acquired by the Tipa brothers. The new direction is much the same as the old, but they have extended their horizons where possible, also with new acquisitions. The style remains elegant and racy with subtle, complex aromatic profile. The wines are immediatly satisfying but also respond well to ageing, the children of a concept as much as of the vineyards surrounded by woodlands, on the soils that range from sandy to marly limestone.' Gambero Rosso 2015

Bolgheri, on the Tuscan coast just south of Livorno, is one of Italy's most prestigious vineyard areas. Its winemaking zone is made up of sloping coastal vineyards at the foot of the hills between the town of Bolgheri, after which this DOC is named, and the southern part of Castagneto. Located in close proximity to the Tyrrhenian Sea, it has been described as 'the golden oasis of the Maremma' (an area of south-western Tuscany and northern Lazio).

In the 1960s the Tuscan wine industry was in need of a shake-up, and Bolgheri became one of the avante-garde areas that helped bring this region back to life. One of the tactics was to start a new trend of non-DOC wines, and in 1968 an innovative style of wine was named the Super Tuscan. The flagship 'Super Tuscan' wine was Sassicaia – a Bordeaux-style red created from vines often (erroneously) reported to have come from Chateau Lafite-Rothschild in Bordeaux. Sassicaia returned Bolgheri and Tuscany into the limelight. Sassicaia was also the first and only Italian wine to be honored with its own single-estate classification: thus in 1994, Bolgheri and Bolgheri Sassicaia DOC were born.

The main focus of the Bolgheri DOC is the importance of terroir and for this reason, the Bolgheri Rosso and Bolgheri Superiore wines are labeled without the mention of grapes, as terroir is considered more significant than grape varieties. It is also why Bolgheri wines are reputed for their true expressions of terroir. Nevertheless, the varieties that put Bolgheri on the wine map are the Bordeaux trioCabernet Sauvignon, Cabernet Franc andMerlot, which are the main ingredients in thesuperiore wine. Syrah and the traditional Tuscan red grape Sangiovese may comprise up to 50% of the wine each, as can a maximum 30% of Petit Verdot. The plain rosso must be aged for at least ten months, while the superiore must mature for 24 months before release.

The wines from this area are incredibly compact, dark and ruby red in color, which suggests great ageing potential. The heady bouquets are reminiscent of ripe berries, with hints of Mediterranean maquis (the main vegetation along the Mediterranean coastline) and spicy oak. They are characterized by their powerful structure, elegant poise and smooth, rounded natures. A sweetness of fruit on the palate is backed by layers of velvetytannins, a lively, fresh acidity and a long, lingering finish.

This 2012 is full body, ultra-fine and silky tannins and a soft and fruity finish. Ripe and balanced with beautiful fruit and freshness. A wine with style and beauty. A tiny-production, single-vineyard red. Better in 2017.James Suckling 97/100

A wine with composure and focus with dark berries, coffee and mineral character. It's full-bodied with super integrated tannins and a long finish. Structured and beautiful. Needs three or four years to show its truly beautiful character. Amazing wine. This is like one of the great cult wines of Napa Valley. Organically grown grapes. Better in 2019 but so impressive now.James Suckling 97/100 (jg'11)

The Bolgheri L'Alberello'11 is a wonderful wine: perfectly readable and captivating in its aromas, with vibrant fruit alongside hints of bay leaves and light toasty and spicy sensations. The palate is silky and airy, seductive throughout with an endless finish.Gambero Rosso 3/3 glazen (jg'11)

Inviting, juicy fruit nose with real depth to it and with only a hint of bell pepper. Multilayered, supple and long and with wonderful, grainy tannins.Jancis Robinson 17/20 (jg'11) 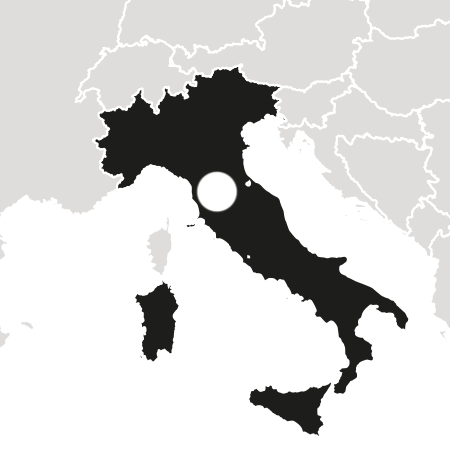